Is it true that cows can only produce milk if they have been pregnant? 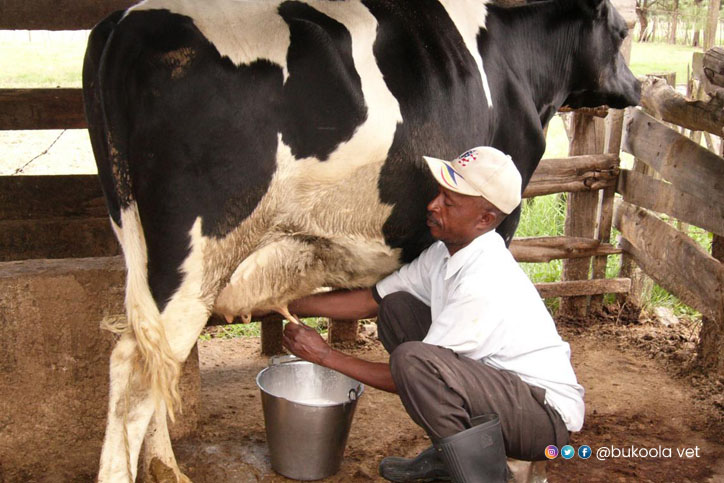 Like humans, cows need to be pregnant and give birth for milk production and release. Milk production involves the complex interaction of several different hormones, which are set into play during pregnancy.

Typically, during the second and third trimesters of pregnancy various hormones, such as progesterone and estrogen are produced, which stimulate the growth and development of the milk duct system within the udder.

Oxytocin is another important hormone that allows the secretion of the milk to occur – also known as milk’s letdown. Prolactin (a protein) levels are stimulated when the udder is suckled by the calf or milked by the milking machine and this needs to occur for milk production to continue.

Cows are usually dried off, or milking is stopped, about two months before their next expected calving to allow the udder time to rest and reset itself for the following lactation. A cow’s pregnancy length (gestation) is a little over nine months and generally, a cow will calve every 12 months.

Dairy cows are selectively bred to produce high milk levels, which is far more than a calf could normally drink. The volume of milk produced by a cow will depend upon various factors, such as her level of nutrition, breed, genetics, and age. For her to continue to produce milk once she has calved, she needs to be milked each day.

DO COWS GRIEVE FOR THEIR CALF ONCE IT IS REMOVED?
The scientific debate relating to animals and grief is ongoing and at this point, we do not have a definitive answer.

Taking into account the current scientific debate, it is likely animals experience some level of emotional thought. If we consider grief, we clearly see animals behaving differently at times of change including loss. To what level they experience it, feel it and the memory they hold of the loss is unclear and open to discussion.1

As humans, we are able to vocalize our emotions and this combined with our behavior is how we can accurately define grief as an event in humans. Clearly, this is not possible with animals, so we are left with analyzing the exhibited behaviors and that is where our own experiences sway in. This is why the question cannot be answered.

Early separation after birth, of the cow and calf, is currently the recommendation given to Australian dairy farmers by veterinarians and animal health advisors. It is based on the best scientific knowledge currently available. One of its objectives is to minimize stress on the cow and calf. Researchers have measured indicators of stress and found that early separation before the calf is 24 hours old, creates less stress for cows than later weaning.2

The scientific debate relating to animals and grief is ongoing and whilst a definitive answer may never be found, the Australian dairy industry will continue to monitor this discussion, ensuring that optimum health and welfare outcomes are always achieved for all animals in our herds.

WHAT’S THE LIFE OF A DAIRY COW LIKE?
Healthy and well cared for dairy cows produce high-quality milk. Most Ugandan dairy cows spend their days grazing on grass in the paddocks and are milked twice a day.

The typical day-to-day routine of a dairy cow includes: walking from the paddock to the milking shed first thing in the morning to be milked and to receive some supplementary feed such as grain; returning after milking to a new paddock with fresh grass where she will graze and rest during the day; at certain times of the year when the grass is short she would also receive silage, hay or crop, such as turnips or maize; in the afternoon she walks back to the milking shed for her second milking of the day; then returns to another paddock for the night.

When a dairy cow-calf is born her dam (mother) returns to the milking herd, while she is reared by the farmer on milk and other feed until weaning at between two and four months old. She is reared with other calves and they are usually kept comfortable in a shed to protect them from the weather. By the time of weaning, the calf’s stomach has matured to be able to digest grass so she is moved into the paddock to graze while she grows and matures. She is typically mated at about 15 to 18 months of age, meaning she will give birth to her first calf at about two years of age.

After giving birth (calving), dairy cows join the milking herd and are milked around twice a day. Her lactation is about 10 months long and then she is ‘dried off’ (milking ceases) to rest for about two months before her next calving. She then continues with the milking cycle. 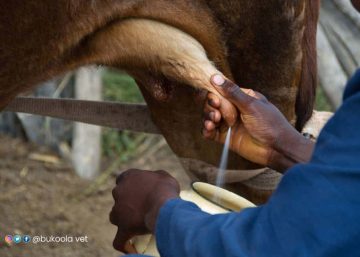 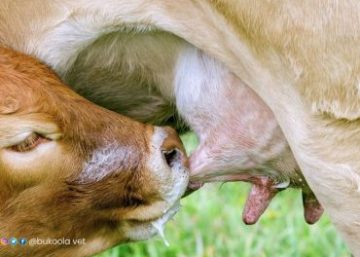 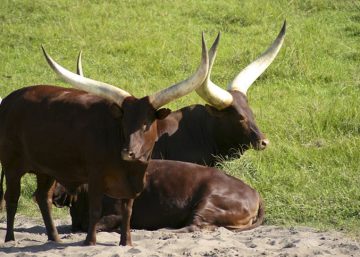 The viability of their business is directly linked to animal health and product quality. Whether...